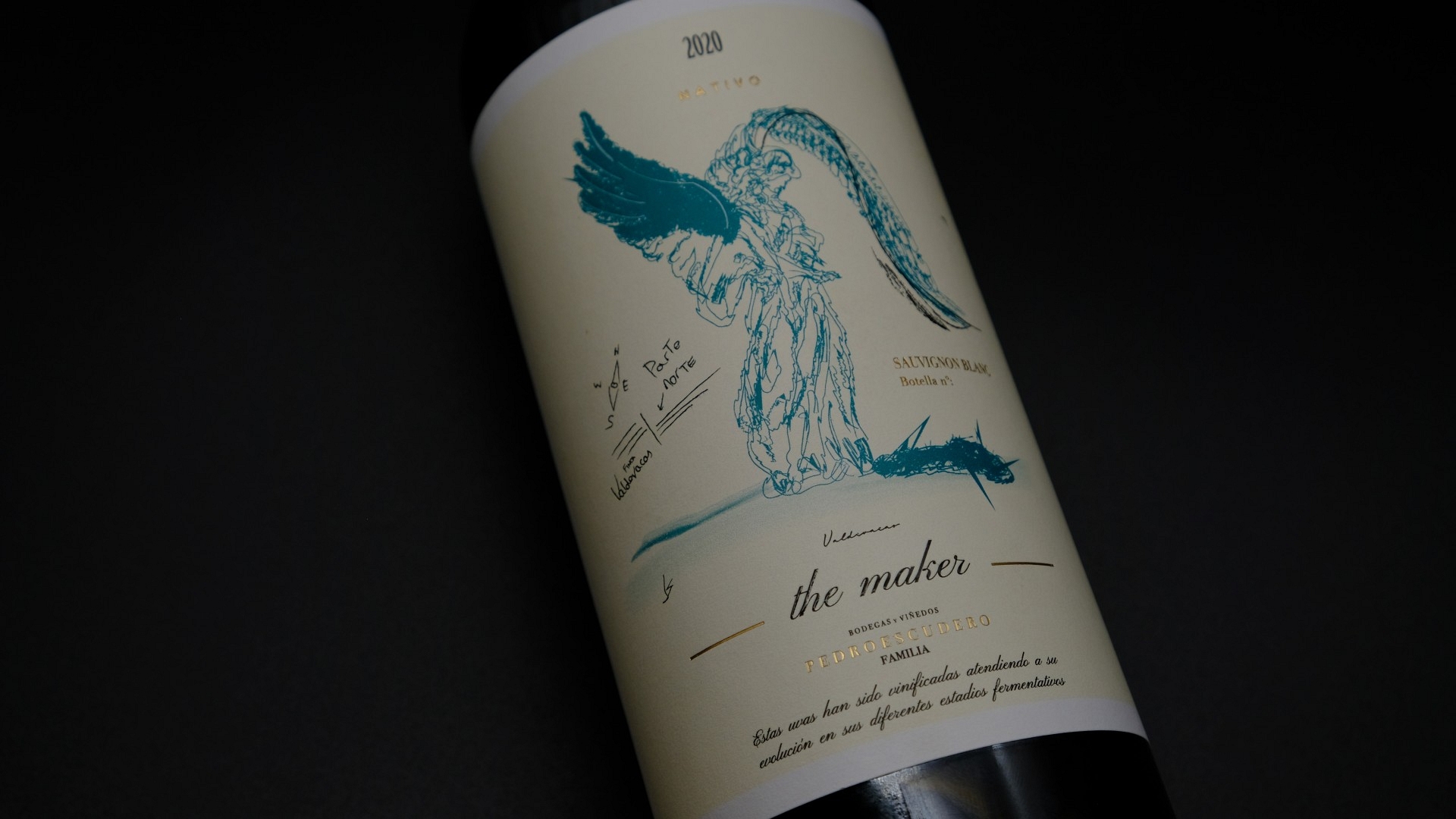 The Maker is a name that highlights the winegrower’s role as the ‘maker’ or creator of the wine. The winegrower maintains the closest relationship with the terroir, the place that gives the grapes their uniqueness and that, whether by destiny or the unrelenting pursuit of a singular character, has brought them together.

The beginning, the Terroir:

Although it shares characteristics with our purest Verdejo estates, this particular estate was chosen for its special characteristics, especially for this project. Its terrain with different slopes produces small variances in solar orientation and creates a natural division between two types of soils with different characteristics, which is not very common in our area.
The southern part, a ‘high plateau’ with more exposure, is made up of characteristic gravelly soils in which boulders predominate. However, for this first harvest, in order to make this wine, we chose the lower, cooler parts with a northern slope and loamy/clayey soils containing no stones or boulders. We seek more herbaceous qualities, with subtler, more restrained fruit and an elegant bouquet; in short, more finesse.

The grapes were harvested in late August in a single batch in which the first ‘flower’ (unpressed) musts were separated for fermentation. This was carried out with a starter consisting of selected native yeast. As with the Verdejo, fermentation is controlled at a low temperature, attempting to maintain it at its first stage as long as possible; it is there that the variety is strongly expressed through its primary characteristics. Aged a minimum of five months on its lees, it takes a short rest in bottles before reaching the market.

Many people have asked us about our labels on these wines because they are so eye-catching. At first glance, they hint at the beginning of the story behind them... And there really is one.
These wines are inseparably linked to the people who have made their production possible for many years, from the beginning, from the land, from the family, and from the desire to stay true to a free philosophy of their own.

In this wine made in the country, the time spent in the cellar helps to shape its personality and express its identity.- Pedro Escudero-.